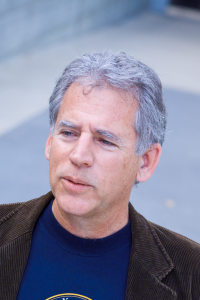 Charles University is happy to invite the academic community to an honorary degree ceremony in which the title of doctor of philosophical sciences, honoris causa, will be awarded to Prof. Thomas Evan Levy, Distinguished Professor of Anthropology, Norma Kershaw Chair in the Archaeology of Ancient Israel and Neighboring Lands, University of California, San Diego.

After the ceremony in the Great Hall you are cordially invited to a reception in the banquet halls on the ground floor of Carolinum.

Thomas Evan Levy is Distinguished Professor and holds the Norma Kershaw Chair in the Archaeology of Ancient Israel and Neighboring Lands at the University of California, San Diego. He is a member of the Department of Anthropology and Judaic Studies Program, and leads the Cyber-archaeology research group at the Qualcomm Institute, California Center of Telecommunications and Information Technology (Calit2). Elected to the American Academy of Arts and Sciences, Levy is a Levantine field archaeologist with interests in the role of technology, especially early mining and metallurgy, on social evolution from the beginnings of sedentism and the domestication of plants and animals in the Pre-Pottery Neolithic period (ca. 7500 BCE) to the rise of the first historic Levantine state level societies in the Iron Age (ca. 1200 – 500 BCE). A Fellow of the Explorers Club, Levy won the 2011 Lowell Thomas Award for “Exploring the World’s Greatest Mysteries.” Levy has been the principal investigator of many interdisciplinary archaeological field projects in Israel and Jordan that have been funded by the National Geographic Society, the National Endowment for the Humanities, National Science Foundation, and other organizations. He also conducts ethnoarchaeological research in India.