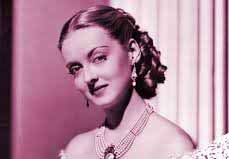 Between 1920 and 1960, the Classical Hollywood system integrated the production, distribution and exhibition of entertainment films on an industrial scale. This series of lectures will discuss several of the contrasting ways in which the history of this system has been understood. We will explore the limitations of emphasis on production and analysis that focuses on intertextual relationships between films, or the interpretation of film texts as symptomatic historical documents, and present alternatives to them that offer views from the perspective of the audience’s social experience of cinema – the perspective of cinema history rather than film history.

These alternative approaches argue that a cultural history of American cinema must take account of both Hollywood’s actual audiences and the discursively-constructed audiences that its movies addressed. Film history’s preoccupation with the individual films as its primary object of study ignores the extent to which movies were commercially positioned and understood, by producers, exhibitors and audiences alike, as consumable goods: viewed once, disposed of and replaced by a substitute providing a comparable experience.

The lectures will concentrate on the Hollywood cinema of the 1930s, and will be illustrated with screenings of three Warner Bros. movies from that decade – I am a Fugitive from a Chain Gang (1932. Dir. Mervyn LeRoy), Bullets or Ballots (1936. Dir. William Keighley), and Jezebel (1938. Dir. William Wyler).

The three film case studies will be used to illustrate the role of production trends, cycles and star vehicles in Classical Hollywood’s vertically integrated system, and to explore the ways in which the reception of individual movies was influenced by their specific historical contexts.

Mark Glancy and John Sedgwick, “Cinemagoing in the United States in the mid-1930s: A Study Basedon the Variety Dataset,” in The Classical Hollywood Reader, ed. Steve Neale. Routledge, London, 2012, pp. 179-208.