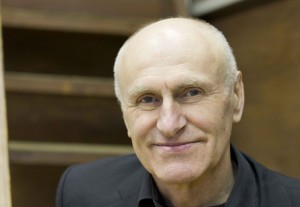 Madness is something rare in individuals — but in groups, parties, peoples, and ages, it is the rule.
Friedrich Nietzsche, Beyond Good and Evil

Contemporary liberal societies are in many respects thoroughly influenced by enlightenment and its ideas on human rights or social progress. That is universally acknowledged. However, the influence of romanticism, enlightenment’s greatest opponent, is less well known and not as easily traceable. In this debate, two of the most prominent figures of Czech and English academia will analyse the political influence of romanticism through its manifestations in literature.

Sir Drummond Bone has been Master of Balliol since 2011. In Trinity Term 2016 he was appointed a Pro-Vice-Chancellor of Oxford University. He is an acknowledged expert on the poetry of Byron and is President of the Scottish Byron Society. He was a long-time member of the Steering Group of the Council for College and University English, a Fellow of the English Association, and an elected Fellow of the Royal Society of the Arts. In 2008 he was elected a Fellow of the Royal Society of Edinburgh. Professor Bone was knighted in the 2008 Birthday Honours for services to Higher Education and the regeneration of the North-West. He has been Chairman of the Arts and Humanities Research Council since 2014.

Martin Hilský is professor of English Literature at Faculty of Arts, Charles University. He is one of the most prominent translators of Shakespeare´s plays and poems into Czech. He is a recipient of the prestigious Jungmann Prize for his Czech rendering of Shakespeare´s Sonnets (1997), in 2002 he was awarded the Tom Stoppard Prize for his essays on Shakespeare, and an MBE (An Honorary Member of the British Empire) by Her Majesty the Queen Elizabeth II. for his lifelong achievement as translator, writer and teacher. In 2012, he was awarded two prestigious awards – the State Award for Translation and the President´s Medal of Merit.

Jiří Přibáň has published extensively in the areas of social theory and sociology of law, legal philosophy, constitutional and European comparative law, and theory of human rights.