Invitation to the Workshop The language contact and the early Slavs 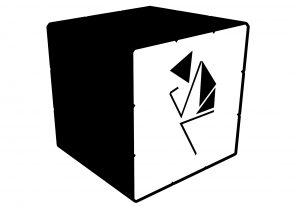 In the last decades, there have been radical shifts in our understanding of ethnicity, religion and their dialogic relationship. Ethnicity, similar to religion, is not viewed as a biologically or culturally stable identity, but as a behaviour – as a cultural construct created, transmitted and maintained by discourse and practice and in effect expressed both by language or/and non-verbal semiotic means such as material culture. However, there is a lack of knowledge of interaction and substitutability of language and material culture in this process under various social, economic, and demographical circumstances. The MIndMe research group aims to advance the research in how ethnicity was constructed in the specific situation of migration or cultural and language contact in Early Medieval Europe. In addition, the research will focus on links between ethnicity and other kinds of identities, especially religion.

In order to achieve these objectives, the project (1) includes various disciplines, territories, and contact situations, (2) advances comparative approaches and new methods, and (3) organizes several international conferences and workshops. The first one will be held in Prague – “The language contact and the early Slavs”.

The workshop is addressed to one of the most controversial issues in contemporary medieval studies, which is the extremely fast expansion of the Slavic language across great parts of Europe in the Early Middle Ages. While traditional scenarios assume unity of language, ethnicity and material culture, leading alternative models emphasize the active role of material culture, through which ethnic identity was constructed to mobilize linguistically extremely heterogeneous population. The traditionalists explain the spread of the Proto-Slavonic language by migrations in the 6th-7th century and associate that with specific material culture and with early mentions of ethnic Slavs in written sources. The alternative hypotheses attribute the same material culture and written references to linguistically and genetically very varied communities and associate the later spread of the Proto-Slavonic with its status as an ‘official’ language or ‘koiné’. In other words, early ethnic Slavs did not speak Proto-Slavonic, no Slavic ‘Urheimat’ did exist and Slavic speakers may not have common roots.

The papers will be given from Thursday to Friday, one full day excursion/trip on Saturday will be offered.

The workshop is organized by the financial support of the Faculty of Arts, Charles University.

Abstracts for the workshop

Short schedule of the workshop