CfP: Republicanism in the History of Political Philosophy and Today

FF > Aktuality > CfP: Republicanism in the History of Political Philosophy and Today 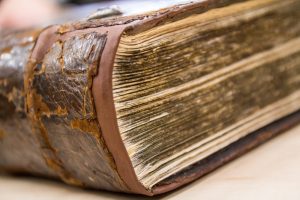 The current surge of political populism across the Western world may be interpreted not only as a sign of the collapse of the post-Cold War (neo-)liberal consensus but also as a symptom of a deeper crisis of representative democracy itself. This development invites us as political theorists and historians of political thought alike to reflect upon the intellectual foundations of liberal democracy as well as various alternative conceptualizations of free and self-governing political regime including the important, albeit for a long time somewhat neglected, tradition of republican political thought.

The conference is open to researchers from the fields of political philosophy, political theory, intellectual history and other related disciplines.

We invite proposals of individual papers as well as panels (comprising of 3-4 papers) on the following broadly defined topics:

Paper abstracts and panel proposals should be submitted electronically by June 10th, 2017. For more details and to submit a proposal, please visit our website.