Discussion on Religion and Nationalism in Central Europe: Use and Misuse of Religious Values in Politics

FF > News > Discussion on Religion and Nationalism in Central Europe: Use and Misuse of Religious Values in Politics 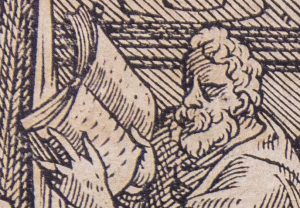 Centre for Political Philosophy, Ethics and Religion – Faculty of Arts, Charles University in Prague cordially invites you for discussion on Religion and Nationalism in Central Europe: Use and Misuse of Religious Values in Politics.

The program will also include the screening of a unique document about the philosopher Jan Patočka.

This discussion will mark the beginning of activities of the Centre for Political Philosophy, Ethics and Religion. At the same time, we will commemorate the decision of Oxford University to award the honorary title Doctor of Divinity, honoris causa to professor Tomáš Halík.

GRZEGORZ EKIERT is Professor of Government, Director of the Minda de Gunzburg Center for European Studies and Senior Scholar at the Harvard Academy for International and Area Studies. His teaching and research interests focus on comparative politics, regime change and democratization, civil society and social movements, and East European politics and societies. His publications include Capitalism and Democracy in Central and Eastern Europe: Assessing the Legacy of Communist Rule, (co-edited with Stephen Hanson, 2003) and editor of special issues of East European Politics and Societies on the EU Eastward Enlargement (with Jan Zielonka, 2003), on Democracy in Postcommunist World (2007) and Taiwan Journal of Democracy on A Liberal Challenge? Civil Society and Grass-roots Politics in New Democracies, Authoritarian and Hybrid Regimes (with Sunhyuk Kim, 2012). He is also faculty associate of Davis Center for Russian Studies, Weatherhead Center for International Affairs and Member of the Club of Madrid Advisory Committee.

SHALINI RANDERIA is the Rector of the Institute for Human Sciences (IWM) in Vienna and Research Director and Professor of Social Anthropology and Sociology at the Graduate Institute of International and Development Studies (IHEID) in Geneva. Furthermore, she is a Visiting Professor at the Social Science Research Centre Berlin (WZB) and the FU, Berlin. She has been a Member of the Senate of the German Research Council (DFG), President of the European Association of Social Anthropologists (EASA) and a Fellow of the Institute of Advanced Studies, Berlin. Currently, she is a member of the Editorial Board of the American Ethnologist (since 2015) and serves on the Board of Trustees of the CEU, the Academic Advisory Board of the Wien Museum as well as the Advisory Board of the Higher Education Support Program of the Open Society Foundations. She has published widely on the anthropology of globalization, law, the state and social movements. Her empirical research on India addresses issues of postcoloniality and multiple modernities.

TOMÁŠ HALÍK is Professor at the Department of Philosophy and Religious Studies, Faculty of Arts, Charles University. Tomáš Halík has lectured at universities in many European countries, in USA, Canada, Australia, Asia, and Africa. His books have been published in 18 languages including Chinese. He has received a number of prestigious awards, including the Romano Guardini Award, the Cardinal König Award, and also the Templeton Prize (2014). In 1990, Pope John Paul II appointed him adviser of the Papal council for dialogue with non-believers. Tomáš Halík focuses on the role of religion in contemporary world, interreligious dialogue, and the dialogue between the believers and non-believers. He is Professor of the Faculty of Arts, Charles University, parish priest of the Academic Parish in Prague, and president of the Czech Christian Academy. He is a member of the European Academy of Sciences and Arts.