Exhibition „Without Borders: Art in the Ore Mountains Between the Gothic and the Renaissance“

FF > News > Exhibition „Without Borders: Art in the Ore Mountains Between the Gothic and the Renaissance“ 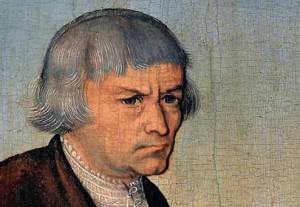 The exhibition „Without Borders: Art in the Ore Mountains Between the Gothic and the Renaissance“ is organised by the Department of Art History, Faculty of Arts, in cooperation with the National Gallery in Prague, the University of Jan Evangelista Purkyně in Ústí nad Labem, and the Litoměřice Diocese.

During the High and Late Middle Ages, the Ore Mountains region was a very distinctive area, shaped by economically and culturally strong royal and subject towns whose life was strongly influenced by mining on both the Bohemian and Saxon side of the border.

Taking two commercial routes which connected Bohemia and Saxony (the so-called Elbe route to Dresden and the so-called Saxon route through Louny and Most to Freiberg) as its focus, the exhibition presents unique artistic objects from the Ore Mountains region.

More than two hundred works of art allow the visitors to look back at a period whose impact can be still seen in the contemporary outlook and organisation of North Bohemian towns (urban planning, roads, etc). The aesthetic experience of medieval art is heightened by the division of the exhibition into parts devoted to individual North Bohemian towns, whose historical memory has been in many cases almost completely erased (villages destroyed by mining, towns rebuilt during the technical revolution in the nineteenth century, forced removals of inhabitants after WWII, etc).

The revival of cultural memory, related to the experience of artistic objects, facilitates the strengthening of identification with the region and also the understanding of important historical connections. The exhibition „Without Borders“ could thus contribute to the strengthening of North-West Bohemian identity, which has often been forgotten in consequence of turbulent history and the loss of cultural landscape due to mining. The importance of this region situated across the borders of two countries is also highlighted by the financial support of the Ministry of Culture, which also finances research and the exhibition itself through the grant scheme NAKI. The process of maintaining the cultural heritage of the region should be facilitated by the registration of the Ore Mountains to the UNESCO World Heritage list.

The exhibition „Without Borders: Art in the Ore Mountains Between the Gothic and the Renaissance“ is a result of many years of research conducted by North Bohemian and Prague historians and art historians from the University of Jan Evangelista Purkyně in Ústí nad Labem and from the Faculty of Arts in Prague. The results of the research will be published in two forms: a bilingual printed guide to the exhibition (Czech and English), and an academic monograph / catalogue (in Czech with English summary).

Students and staff of Charles University can claim free entry on producing a valid student or employee ID.

Information about the exhibition: National Gallery in Prague 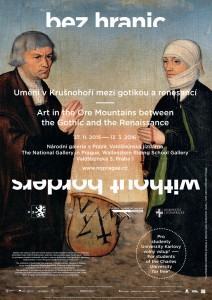