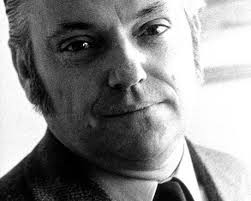 On the 6th and 7th November 2015, an international conference devoted to Jan Zábrana, an outstanding Czech writer and translator of the second half of the 20th century, was hosted by the Institute of Translation Studies, under the auspices of the Ministry of Culture of the Czech Republic. The thematic lecture blocks of the conference on Jan Zábrana – Poet – Translator – Reader focused on the major areas of Zábrana’s work: his own poetry and fiction, literary journalism, and translations of the works of English, American, French, Russian and Spanish authors, emphasising the interconnectedness of these three key components.

The conference was open to all those interested and attracted dozens of participants. The greatest interest was in the Friday morning block, which opened with a presentation by the editor Jan Šulc, who gave us a “portrait” of Jan Zábrana as a person whose life was all about books and literature and whose works constitute a coherent, indivisible whole. No less interesting was the contribution by Zábrana’s wife Marie, who took the floor to speak of certain personal moments of Zábrana’s life, remembering his activities at Odeon and other publishing houses as well as people with whom he exchanged letters and whom he would always meet with pleasure. 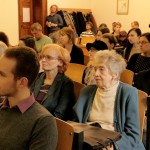 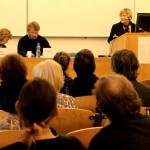 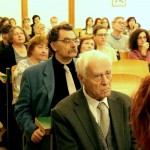 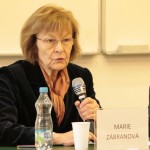 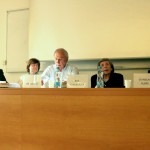 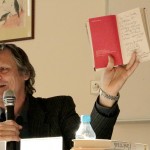 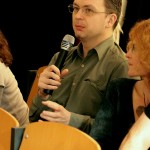 The panel discussion of editors who had worked with Jan Zábrana on the manuscripts of his translations was a thrilling journey back to the times when the publishing a book was not always such a simple matter. Jan Zelenka, Eva Kondrysová, Jaroslava Dienstbierová and Jiří Josek brought to our attention the pitfalls of censorship of that time and praised Zábrana’s creative zeal and the extraordinary care he bestowed on his translations, often at the expense of timely delivery. Jan Zábrana was known as a merry companion and a friendly colleague, which at first sight might seem at odds with the impression readers may have gained from his Diaries.

The conference programme was particularly rich, as was evident from the individual lecture blocks during which erudite translation- and Czech studies experts, translators and student presenters considered Jan Zábrana’s own life as an influential factor in his oeuvre, the multilingual focus of his translation activities, and the variety of the genres his work falls into. Reflections on the coexistence of Zábrana the poet and Zábrana the translator were presented, and the distinctive linguistic and stylistic means that characterize his translations were explored on the basis of translatological analyses. The program also offered a unique opportunity to discover his literary remains.

A topic addressed repeatedly by the speakers was Zábrana’s translation method and the translation procedures and adaptations which he applied to his texts at different stages of their genesis. The presenters identified a number of relatively constant tendencies and characteristics of Zábrana’s translation style, emphasising in particular the choice of means of expression more specific and more expressive than those of the original text, his sense of idiomaticity and the colloquial/spoken strata of language. Zábrana’s method as a translator can be seen as an example of a bold but at the same time responsible attitude towards the source text. The translation that eventually reached its readers, after numerous editorial interventions, would faithfully reflect the author’s ideas, striving to highlight the aesthetic qualities of the original while remaining attractive and reader-friendly.

Of particular interest were the reflections on Zábrana made by our foreign guests. Annalisa Cosentino of the La Sapienza University in Rome explored the relationship between Zábrana’s social and political “immobilisation” and the openness of his works, which would gradually evolve into unfinished fragments. She spoke of his mental “dislocation”, which reflected the impossibility of free expression together with the translator’s seeking refuge in different cultural and literary forms of communication. The Czech studies expert Sergej Skorvid, associate professor at the Russian State University for the Humanities, presented a detailed analysis of Zábrana’s translations of Sergey Yesenin, Mikhail Svetlov and Osip Mandelstam and explored, from both a Russian and Czech studies perspective, to what extent Zábrana identified personally with “his” authors and merged his texts into theirs in terms of expression and sound. Zábrana’s relation to Osip Mandelstam was also the main focus of the contribution of Professor Urs Heftrich, a Czech studies expert from the University of Heidelberg, who not only examined the literary manifestation of Zábrana’s identification with Mandelstam, but also pointed out the significant parallelism and cognation of modernist tendencies in various cultures.

The accompanying programme of the conference commenced on Friday night in the Celetná Student Club, where the audience enjoyed a concert of Zábrana’s poems set to music and performed by Jakub Kříž, as well as the fascinating documentary Jistota nejhoršího (Certainty of the Worst). The next afternoon was devoted to translation workshops, in which translators of various languages, under the direction of Czech as well as foreign lecturers, analysed the process of translation of Zábrana’s prose and poetry into foreign languages.

In conclusion, we would like to thank Eva Kalivodová and Petr Eliáš, the organisers of the conference, Stanislav Rubáš, the director of the Institute of Translation Studies of the Faculty of Arts of Charles University, as well as dear Ms. Zábranová and other contemporaries of Jan Zábrana, and all the speakers, not forgetting the volunteers who ensured the smooth running of the conference. The response to the conference revealed that its topic still holds great appeal and is still very much with us. Long may it remain so!

Student of Russian- and Czech Studies