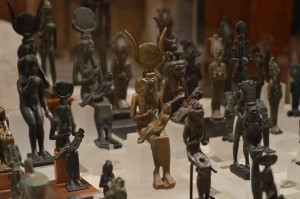 On 10th December 2015 an exhibition Gegossene Götter (Cast gods) was opened at the Egyptian Museum of the University Leipzig. The exhibition is focused on the new data about the metallurgical technology of the cast bronzes statuettes of Ancient Egyptian deities in the 1st millennium BC. First results of another project will be for the first time presented here as well, an interdisciplinary project, in cooperation of the Czech Institute of Egyptology, Faculty of Arts, Charles University in Prague, Institute of Chemistry and Technology (ICT) in Prague and Ägyptisches Museum der Universität Leipzig. Museum contains large collection of metal artefacts, including artefacts from German excavations at Abusir, current concession of Czech Institute of Egyptology in Egypt.

Project Early copper metalurgy in Ancient Egypt – a case study of the material from Ägyptisches Museum der Universität Leipzig is focused on the analysis of a selected corpus of the artefacts from the Ancient Egyptian and Nubian sites, deposited in the collection of Ägyptisches Museum der Universität Leipzig. Three main institutions are involved in the project, Czech Institute of Egyptology, Faculty of Arts, Charles University in Prague with PhD candidate of the institute, Martin Odler, archaeologist specialised on the copper and bronze artifacts. Main cooperating institution in the analyses will be Institute of Chemistry and Technology in Prague with a student of the institute, Bc. Jiří Kmošek, specialist in the material science and archaeometallrugy. Ägyptisches Museum der Universität Leipzig is represented by the curator of the collection, Dr Dietrich Raue. The project is financed by the Grant Agency of the Charles University, project no. 38715 and Internal Grant Agency of ICT, project no. 10681501. The analysed material was found mostly at the Egyptian sites Abusir, Abydos and Giza and at the Nubian site Aniba. The artifacts represent an outline of the development of Ancient Egyptian metallurgy in more than one and half millennium, from the Dynasty 1 (ca. 3100 – 2900 BC) until almost the end of the New Kingdom (ca. 1200 BC). Selected corpus of the artifacts has been X-rayed and documented by computer tomography this year, at the Institute of mineralogy, crystallography and material science of the Leipzig University Institut für Mineralogie, Kristallographie und Materialwissenschaft der Universität Leipzig. 86 artifacts were sampled with almost 100 samples. Some of them have been already analysed at ICT by metallography, a method informing about the technological process of the artifact production.

First results offered interesting new information. In a vessel from Abusir, datable to the Dynasty 1, has been found high contents of nickel, what is unique for this period and Egypt, it could indicate distant source of the copper ore. Other results indicate that in the Old Kingdom the most frequent alloy used was arsenical copper, an alloy of copper and arsenic, used in Ancient Near East during the Early Bronze Age. Preliminary report about the project will be published in Spring 2016 in the journal Prague Egyptological Studies. The samples are currently analysed by a method of X-ray fluorescence at the Institute of Nuclear Physics of the Academy of Sciences of Czech Republic. Further analyses are planned in the next year, among others lead isotope analysis, aiming at the determination of the ore source. 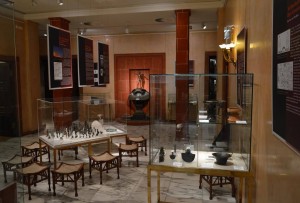 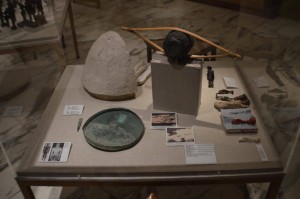 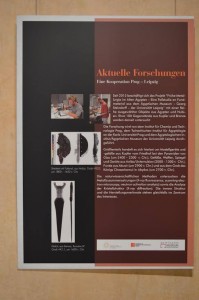 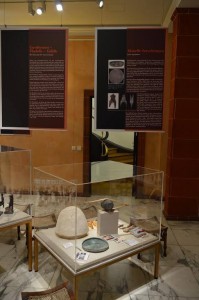